This Is Why Phil Waston Lost His 5-year Winning Streak

Minecraft’s hardcore mode works just as you’d expect it to from other games. When you die, that’s it – no retries, respawns, or reloads.

Streamer Philza holds the world record for the longest run in Minecraft hardcore, but that run came to a fiery but disappointing end five years after it began. So how did Watson manage to lose his record? What foul fiend managed to put an end to his truly legendary run? The answer — a tiny baby. A zombie that is. 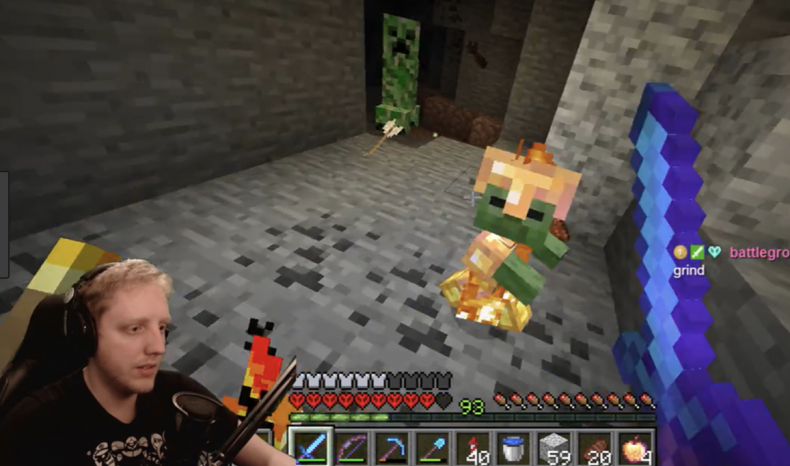 Yep, that tricky little undead has a number of tricks up their sleeves. Combined with full armor and a little firepower, and well, as it became clear, even the best of us can end up rattled.

For Philza, the death was truly a mixture of bad luck and poor decision-making due to sheer on-camera panic. In the Twitch video documenting Philza’s fall from glory, the streamer is seen wearing his Elytra wings. The wings remove the ability to don protective armor and so Watson was in a somewhat vulnerable position already. Philza also had his Fire Sword equipped which, unfortunately, is quite effective for setting enemies aflame.

At one point Watson finds himself trapped in a cavern where he’s suddenly rushed by the quick-footed attack of a baby zombie. Watson reacted equally as quickly, hitting the baby zombie with his fire sword, but the move backfired and before long, the baby zombie was burning through Philza’s armor-free frame.

Though Watson tried to run, he was eventually taken down by a spider. The clip is truly painful to watch as the streamer begins to realize the full consequences of his errant actions. 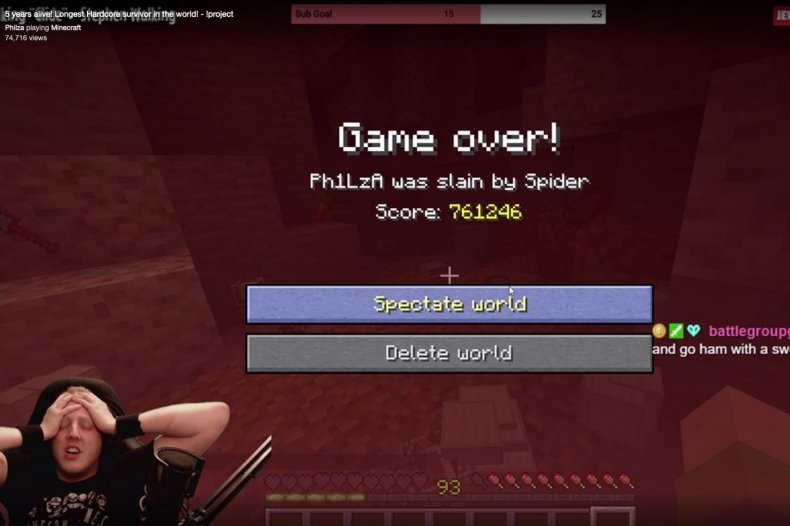 To make matters worse, the death could have been avoided had Watson kept his wits about him. Some viewers suggested using a golden apple to restore his health or a water bucket as a kind of shield. When it comes down to it, Watson says he “got a bit full of himself” when the baby zombie appeared, he panicked and his judgment took a detour.

“A lot of people are laughing at it, which is fine because it’s a pretty dumb way to die,” Watson told the BBC. It’s a hard pill to swallow, but Watson is taking it like a champ. Though the defeat had him down for a few days, Watson told Newsweek he was looking forward to starting a new hardcore world “relatively soon.” “At the moment I’m enjoying taking newcomers on tours of the world on my Twitch stream,” said Watson.

Despite his epic fail, Waston’s accomplishments in Minecraft Hardcore extend beyond just his world record. The long-time Minecraft player has also created a ton of impressive builds for the game such as Ocean Monument or Sky City which you can check out here.

We all wish Watson the best on his future Minecraft adventures and hope he never suffers such a tragic loss again.

For more articles about Philza, check out here!